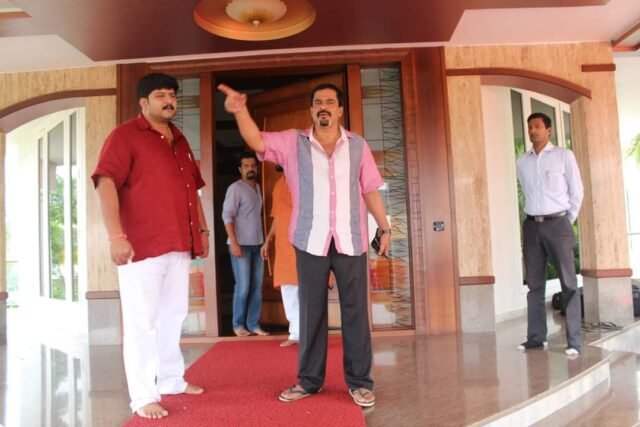 Gunaranjan Shetty writes to ‘Jay Karnataka’ members, assures them he is taking all precautions

Gunaranjan Shetty, elder brother of actress Anushka Shetty of  ‘Bahubali’ fame, has reportedly been getting death threats, and the question doing the rounds is whether he is on the radar of the Underworld.

Members of the ‘Jay Karnataka’ organisation have met Karnataka Home Minister Araga Jnanendra and have presented the Minister with a three-page petition which has – without mentioning any names – demanded suitable protection for Gunaranjan Shetty.

Shetty is said to be formerly associated with underworld don Muthappa Rai and it is said that several people are trying to take over Rai’s business, which could have invited rivalry and a subsequent perception of threat to Shetty.

Top cops on the case

The Home Minister has assured Shetty’s supporters of ‘suitable action’ and has directed top police officials to take up the case on priority.

Meanwhile, Shetty, who is founder of ‘Jay Karnataka’,  addressing members of the group in a one-page letter written in Kannada, said he is safe and is taking all precautions on the recommendations of the cops.

He said: “Since the last two days, there have been several media reports saying that there is a threat to my life. My friends, who have been unable to contact me due to my concerns, have tried to do so  through my office staff.  Therefore, I express my affection and admiration for your loving care.”

He continued: “It is true that senior police officers have informed the media about underworld gangsters conspiring to assassinate me.  There is no need to worry because I have complete confidence in the police department.  Until the police investigation is over, I would like to inform everyone (members of organisation) that there is nothing to worry. They should be involved in the popular activities of the organisation and the protection of the environment.”

He added: “No one can do anything to me as long as I have your love, trust, support and blessings.  I am not afraid of anyone’s stupid threat.  Moreover, I have taken all precautions as mentioned by the police.”