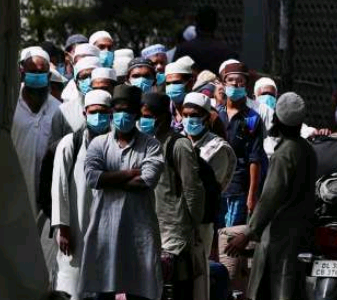 Karnataka govt appeals to others to get themselves tested

It’s not 50 as mentioned earlier by the Karnataka Home Minister, but 78 people, including foreigners, in Karnataka who attended a religious event at New Delhi’s Nizamuddin mosque.

At a presser on Tuesday, health department additional chief secretary Jawaid Akhtar said that the event was organised from March 8 to March 20, and it is likely that more people had attended from Karnataka. “So far, we have identified 78 persons through our sources and have quarantined them,” he added.

Akhtar ruled out any list being shared by his counterpart in New Delhi. He said that as per the reports coming in, other states had identified a large number of persons who had attended the event. “We are making an appeal to these individuals to come forward and get a medical check-up,” he said.

The Karnataka health department has announce a special contact number (080-29711171) for those who attended the event and has appealed to them to contact the nearest health centre.

Earlier in the day, Home Minister Basavaraj Bommai had cited 50 foreign nationals who had attended the Tablik Jamaat event in New Delhi and are settled in different districts of Karnataka.