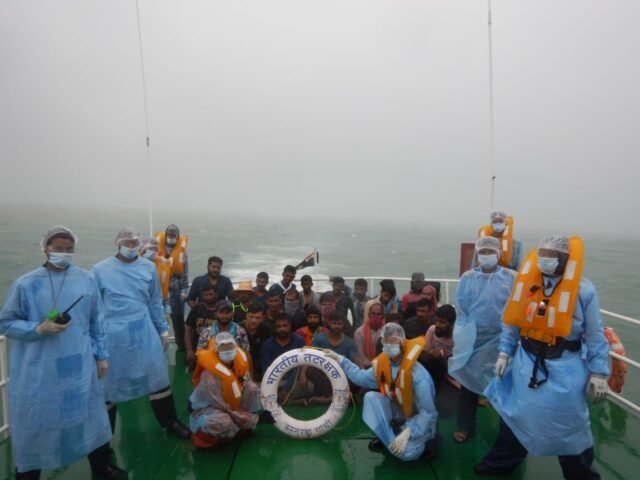 The Indian Coast Guard (ICG) on Friday successfully rescued 24 fishermen stranded in the Arabian Sea 15 nautical miles from the coast due to strong winds and swells.

A release from CG district headquarters, Mangaluru, said the rescue was carried out off Bhatkal port. ICG ship ‘Kasturba Gandhi’, which was on operational deployment near the Karnataka coast, was diverted immediately for the rescue operation.

The ship arrived at the location at 8 pm on Thursday and established communication with the fishermen, whose boat had lost propulsion owing to engine failure.

The owner of the boat had requested DD Fisheries, Karwar to initiate rescue efforts, and the Coast Guard was alerted.

At around 10.30 am on Friday, all the fishermen were safely shifted to the ICG ship.