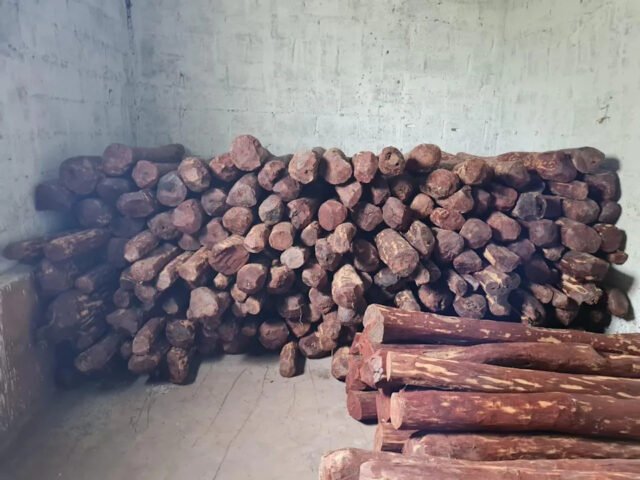 Sandeep Patil, Joint Commissioner of CCB said that the operation was carried out after a tip-off on the accused persons trying to sell off Red sanders.

The arrested persons have been identified as Anand Kumar (51), and Anil Singhi (47) residents of Bengaluru. The accused smuggled Red Sanders abroad and operated as a gang. The police are trying to bust the gang operating at international levels.

During the investigation, the police found that smugglers carried out their operation after smuggling the goods into the city. The accused persons operated as a gang along with other miscreants. The gang smuggled Red Sanders to foreign countries, said police.

Red sanders were smuggled from Karnataka, Andhra Pradesh, and Tamil Nadu and stocked at a godown in Bengaluru. The two arrested accused had come with a sample piece of Red sander to be given to a potential customer.

The police, after getting information, recovered 9,135 kilograms of Red sanders after raiding the godown. The police seized a truck and a car used to smuggle Red sanders. A complaint has been registered at the Hulimavu police station in this connection.

The hunt is on for the accused who have disappeared after the raids. The investigation is on, said police.