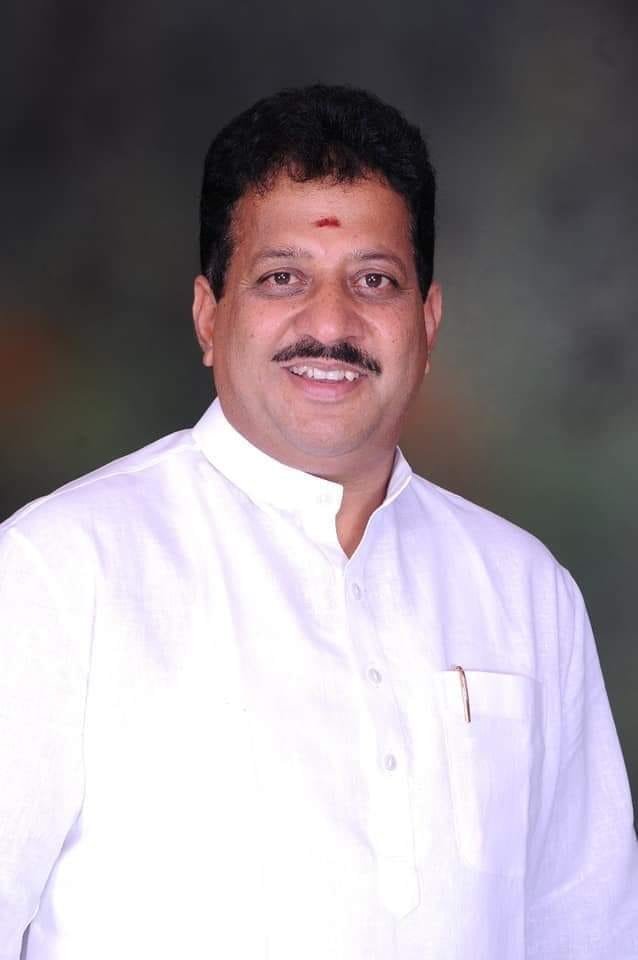 A video containing a conversation between a Congress leader and a person who is said to be his associate, allegedly discussing about eliminating Yelahanka BJP MLA S R Vishwanath has surfaced, following which the legislator’s security has been enhanced and a probe is on.

The purported conversation between Gopalkrishna, a Congress candidate, who had lost twice against Vishwanath in the Yelahanka assembly segment and his associate Kulla Devraj is said to have taken place a couple of months ago. It was aired widely by Kannada news channels on Wednesday.

While Vishwanath has sought a detailed probe and punishment for those involved, Gopalakrishna has denied the allegation, suggesting that it was the MLA’s ‘ploy’.

Without divulging much, Bengaluru police chief Kamal Pant merely said that the City Crime Branch is conducting a probe into the case and necessary action will be taken.

Home Minister Araga Jnanendra said the government has taken seriously, the conspiracy to kill Vishwanath, who is also the Bangalore Development Authority (BDA) Chairman and a detailed investigation will take place.

“Vishwanath personally spok to me with regard to the case and investigation is in the preliminary stage,” he said, adding that as per the request of the legislator, his security will be enhanced.

Chief Minister Basavaraj Bommai, who is in Hubballi, said he will seek information from officials and Vishwanath personally and assured necessary legal action.

Speaking to reporters, Vishwanath, a three time MLA, said he has lodged a complaint with the police and the home minister that a Congress leader Gopalakrishna wanted him killed.

“Yesterday evening, at around 7-7:30 – one Kulla Devaraj wrote an apology, saying he received supari (contract) from Gopalakrishna. He said he was under a threat for having rejected the supari….I then called the Home Minister immediately,” he said.

Expressing shock at the very thought that an MLA can be finished off with a supari (contract) and calling it a dangerous trend, he further said “There are audio and video clippings in which Gopalakrishna is heard and seen plotting to kill me while talking to Devaraj, who is a Congress worker.”

“They also discuss getting the killers from Andhra Pradesh. They also know that I drive alone to my farmhouse. They discussed finishing me off there,” Vishwanath said, adding that he has brought this to Chief Minister Bommai’s notice.

“In one of the videos, Gopalakrishna is heard saying that I can’t be defeated in elections. Such a thing has never happened in Karnataka and in my 42-year career. I don’t know why Gopalakrishna did this. Should all the winning candidates be killed?” he asked.

Plot to assassinate a sitting BJP MLA & chairman of BDA SR vishwanath being probed by crime branch. Congress leader Gopalkrishna has been detained and is being questioned.

A video is now out where he talks of his plan to kill the MLA and make it a swift & secret op. pic.twitter.com/c42OZi3Ot3

Denying the allegations, Gopalakrishna termed the videos that are being aired by local channels as “fake”.

“All of this is the MLA’s plan. I don’t have such a criminal mind. Let it be probed and I will cooperate with the police…It’s true that I met Devaraj.. we discussed some land matters. Everything else is edited and manipulated. This has been done to tarnish my image. I will lodge a complaint against Devaraj and sue him,” he said.

Gopalakrishna also demand a CBI probe into the 2017 assassination attempt on rowdy-turned-politician Kadabagere Srinivas, alluding to Vishwanath’s involvement in it.

Meanwhile, favouring an impartial probe into the alleged conspiracy to eliminate Vishwanath, Karnataka Congress president D K Shivakumar said “Let the guilty be punished. But this looks like an attempt to oppress political opponents. Also, all of Bengaluru’s rowdies are with Vishwanath.” PTI