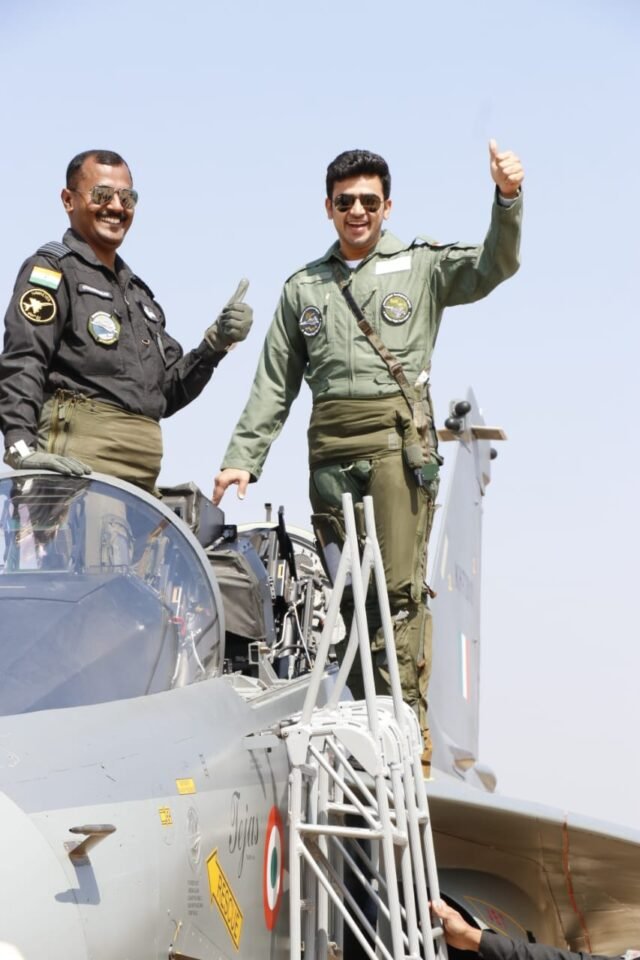 The sortie was Surya’s way of congratulating the Union government for its recent procurement order worth Rs 48,000 crore from Bengaluru-based Hindustan Aeronautics Limited (HAL). Surya flew onboard the LCA Tejas for 30 minutes and later expressed his gratitude to the Narendra Modi government for promoting indigenous manufacturing in defence.

“The government’s procurement order for 83 LCA Tejas to HAL has given a fillip to India’s push for ‘Make in India’ in defence,” Surya said after the sortie.

“The defence order for aircraft shows PM Narendra Modi’s government’s belief in the scientific calibre of Indian engineers. The Rs 48,000-crore order will see more than 600 firms or MSMEs come together for the making of an aircraft. With the Tier 2 and Tier 3 supplier base predominantly happening from Bengaluru, the Tejas order will raise the industrial base in our city to greater heights and create employment. We are grateful to PM Modi, Defence Minister Rajnath Singh and the late former Defence Minister Manohar Parrikar for their support in getting Tejas up in the air. We must also actively pursue export markets and make Tejas a world class brand,” the MP said.

The Cabinet Committee on Security cleared the Rs 48,000 crore deal to HAL for 73 Mark 1A versions and 10 Mark 1 Trainer Tejas aircraft on January 13. The contract was formally handed over to HAL Chairman and Managing Director R Madhavan by Director-General (Acquisition) of the Minister of Defence VL Kantha Rao on Wednesday during the Aero India show. The LCA Tejas is considered a highly agile supersonic fighter capable of operating in high-threat air scenarios.

“The induction of LCA Tejas will not only boost ‘Atmanirbharta’ but will also help India become a larger global exporter in defence,” Surya stated.

“We celebrate the LCA Tejas as the pride of Bengaluru. Only a few cities globally have the distinction of producing a world-class fighter aircraft, and our city is one of them,” he noted.