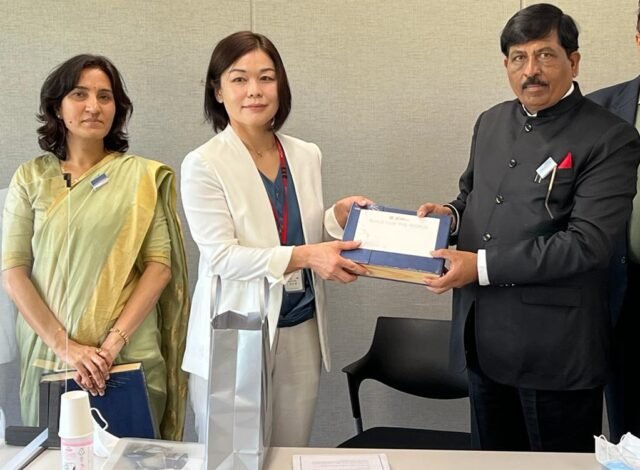 The Karnataka delegation led by Minister for Large & Medium Industries Minister Dr. Murugesh R. Nirani concluded its three-day visit to the Japan. As a part of the international roadshow for the Global Investors Meet (GIM) scheduled on November 2,3 & 4, the delegation was here to seek investments and to extend a formal invitation to the Japanese companies.

The Minister presented the industry-friendly policies of the state and showcased Karnataka as an ideal destination for Japanese manufacturing companies. He said the industries department has proposed a separate “Japanese township” on nearly 600-acre plot in Tumakuru. Besides the township, a land bank of 50,000 acres have been earmarked for Industrial development.

Impressing upon the companies, Minister Nirani said Karnataka had attracted maximum number of FDI among all the states and the environment was conducive for the big Japanese investments. The Minister also maintained that state was in the top achiever category in the “Ease of Doing Business” (EoDB) released by the Centre recently.

DETAILS FOR THE DELEGATION’s MEETING WITH THE COMPANIES

Mercari: Mercari is a Japanese e-commerce company and its main product is the Mercari marketplace app, which allows users to buy and sell items quickly from their smartphones. In addition to its core businesses, Mercari has launched new businesses namely, Mercoin Inc, its crypto-asset and blockchain business, and its logistics service Merlogi, Inc. Mr. Ken Wakasa, CTO of Mercari Inc, and Mr. Junichi Wozaki, Board Director, Mercari were present.