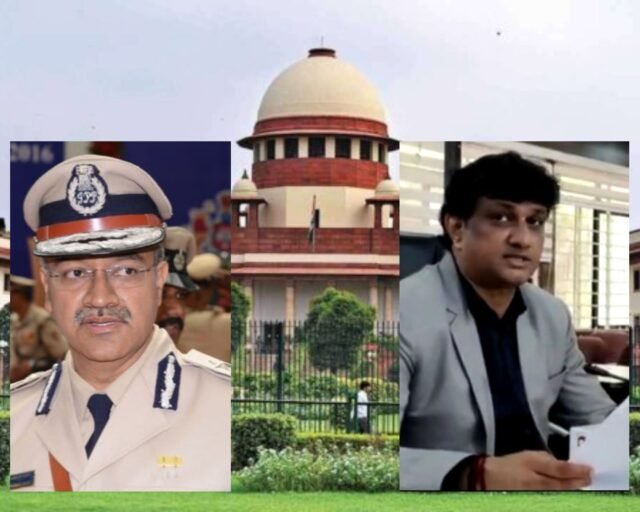 The Supreme Court is scheduled to hear on July 18 pleas of Karnataka ADGP Seemanth Kumar Singh and IAS officer J Manjunath against expunction of ”adverse” remarks of high court judge HP Sandesh made during hearing of a bribery case and stay of the proceedings.

A bench of Chief Justice NV Ramana, Krishna Murari and Hima Kohli is scheduled to hear the pleas on Monday.

On July 12, the top court had asked the high court judge to defer the hearing in the matter for three days.

Justice Sandesh had made some ”adverse” remarks against the Anti-Corruption Bureau and its ADGP Seemanth Kumar Singh while taking up a bail plea in the bribery case.

The Additional Director General of Police, in his plea, sought expunction of adverse remarks of Justice Sandesh, who had called the ACB a ”collection centre”, and Singh a ”tainted officer”, and a stay on the proceedings in the high court.

Manjunath, who was arrested by the ACB in the bribery case, has also approached the top court against the remarks.

On July 12, the top court had taken note of the submissions of Solicitor General Tushar Mehta, appearing for the state government, and the counsel of the ADGP and requested the high court judge to put off the hearing on the bail plea that was scheduled for July 13.

On July 11, the high court judge had also dictated an order in which he reportedly stated that he was threatened with transfer and the threat of transfer was conveyed to him by another sitting judge.

”Taking into consideration this (fact), we request the learned judge to defer the hearing for a period of three days to enable us to look into the order passed on July 11”, the top court had said in its order while hearing the two separate pleas of the state ACB and the ADGP against the observations.

Urging for the stay on proceedings pending before the single judge high court bench, Mehta had suggested that the matter can be given to a bench headed by the Acting Chief Justice of the high court.

The observations and directions ranging from seeking reports on prosecution/closure of cases, probed by the ACB, since 2016 and summoning confidential service records of the ADGP were passed while considering regular bail application of an accused in a corruption case.

The high court has the power to monitor the probe in any case but such a power cannot be invoked while exercising bail jurisdiction, Mehta had said, adding that a PIL should have been registered and sent to the Acting Chief Justice of the high court.

Asked about the fate of the bail plea, Mehta had told the bench that it was still pending.

The counsel for the ADGP had submitted that strictures have been passed against him without according the officer a hearing.

”The petitioner (police officer) said that some serious observations were made during the bail hearing without hearing him. The high court directed the government to produce the service records of the officer (ADGP),” the top court was told.

On July 11, the top court had agreed to hear two appeals of the Anti-Corruption Bureau (ACB) and its ADGP Seemanth Kumar Singh against the ”adverse remarks”.

Prior to this, the ACB officer had moved the Karnataka High Court seeking expunging of the remarks.

”The petitioner is deeply hurt by the oral observations made by the learned single judge who has caused a severe dent to the reputation of the petitioner and also that of the ACB,” the petition had said.

It had all begun with Singh, a senior IPS officer, being asked to be personally present before Justice Sandesh on May 30 during the hearing of the bail petition of Deputy Tehsildar Mahesh P S, who was working in the Urban Deputy Commissioner’s (DC’s) office when an ACB raid had led to the bribery case against him.

On July 4, Singh was again present in the court, during which the judge stated that he was threatened with the transfer after his remark against the ACB that it had become a ”collection centre”, and that he was unfazed by such threats. PTI

Winter session of Karnataka legislature to be held in Belagavi