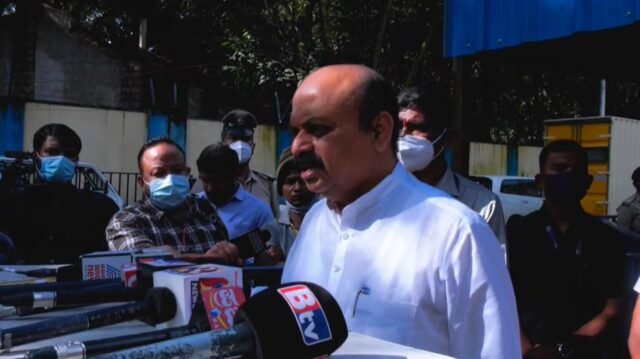 Karnataka Chief Minister Basavaraj Bommai on Monday said Rs 500 crore will be released for repair of roads and bridges that have been damaged due to incessant rains and floods in different parts of the state and instructions have been issued for immediate disbursal of compensation for those whose houses have been damaged.

Speaking to reporters here, he said the survey of crop loss is being taken on a war-footing and as and when the report gets uploaded to the designated app, compensation will be released.

The Chief Minister will be travelling to rain affected parts of Kolar district and Hoskote in Bengaluru rural district, later in the day.

In response to a question, he said the Election Commission has permitted Ministers of the concerned departments and the Chief Minister to travel across the state to take stock of the damage caused by rains and to oversee the relief measures.

The Chief Minister on Sunday had said that he has sought permission from the Election Commission for the Ministers to travel to the rain ravaged districts to oversee the relief work, in the wake of December 10 Legislative Council polls and the Model Code of Conduct being in place.

He had last night chaired a meeting with senior Ministers and officials to review the destruction caused by rains and relief measures undertaken by the government.

A total of 24 people have lost their lives till Sunday evening, due to rains and floods caused by it across the state since the beginning of this month, Karnataka Disaster Management Authority officials said.

The data shared by the officials also showed that 2,203 km of roads have been damaged.

Tight rules across the board for entry from Maharashtra, Kerala