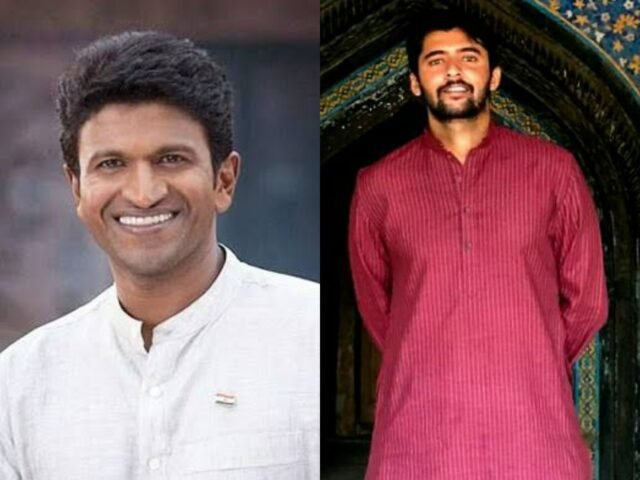 October 29, 2021 was a black Friday indeed for Kannada cinema and Karnataka as a whole. We lost our iconic actor and national awardee, the talented Puneeth Rajkumar. Also called ‘Appu’ by the masses with great affection, he was a sweet and a kind-hearted human being. He has impressed us all with his acting skills and has influenced many in various ways through his ‘power’-packed performances. I don’t know how many times I have wept watching his movie ‘Bettada Hoovu’, wherein as a child actor his performance was so profound. Another of Puneeth Rajkumar’s influential movies was ‘Prithvi’, in which he played the role of an IAS officer. I must admit that this movie influenced me in pursuing the civil services.

The year was 2010, and I was doing my third year MBBS from Bangalore Medical College. It was mid-June, and my friends and I were in Mandya to attend my friend Yatheesh’s sister’s wedding. We had reached Mandya by afternoon and we had a lot of time to kill as the wedding reception was in the evening. Hence, we all decided to go for a movie, and it was Sanjaya theatre (if I am not wrong) that we chose. We didn’t have a second thought to go for the movie being screened there, as it was our Power star’s movie. That movie happened to be ‘Prithvi’. The reviews were good and Puneeth’s movies any day were worth watching.

Watching the movie was a delight. Puneeth’s excellent role-play as an IAS officer was such a treat. Most importantly, it bore a lot of influence on my career choice and my future. If we are to choose the civil services, for a lot of youngsters from middle-class families like me in India, getting guidance and mentorship is tough. This applies to both before joining the service and after joining the service as well. Especially before joining the civil services, mentorship to crack the tough entrance exam which the UPSC conducts is vital. Hence, even small influences, no matter how trivial they seem, become important for us. ‘Prithvi’, for most of us Kannadigas, did influence several in taking up the civil services.

I had very little knowledge of what the civil services was. Whatever I knew about the service was through friends, media and the internet. So I never personally had an idea of the work and life of an IAS officer. But Puneeth, who donned the role of an IAS officer, infused such life into the character that he made me feel as if it was my personal experience with an IAS officer while watching the movie. Puneeth is politeness personified! He is a pristine confluence of amazing talent and immense dedication. None other than Puneeth can we think of in the role of Prithvi as an IAS officer. There is so much class in his acting and he is so impressive as an officer. The character has all the so-called OLQs (‘Officer-Like-Qualities’ often used in administrative parlance) and Puneeth’s performance was so natural and exceptional.

When I say OLQs, Prithvi perhaps stands beyond them. He is simple, owns just a royal Enfield bike in the movie which he uses in his leisure time like a common man — tough to think of as the glamorous life of an IAS officer. He values the concept of dignity of labour, which is exemplified in the way he conducts himself with his subordinate staff, especially his housemaid and driver in the movie. He is fit and well-dressed. The white shirt with sleeves rolled up and the sunglasses he sports while on field visits is impressive to watch. He is straightforward and knows, even expresses, his personal and professional limitations. More than anything else, he has great concern towards the poor and the underprivileged that is well-portrayed. One issue he empathises on with the poor and tries to resolve is that of drinking water.

Puneeth the actor and man

A question that warranted an answer back on that day was: Can an IAS officer be like this in real life? Can a good human being who is humble, polite and soft-spoken be a dashing officer at the same time? The character of Prithvi balances this all and in fact draws a fine line between aggressiveness and arrogance. The character is so influential that I look up to Puneeth, even after becoming an IAS officer and having experienced things practically. Puneeth can play any role with ease. Because, even in his personal life, he is the same polite and kind human being. And politeness has a universal value. ‘Prithvi’ influenced my belief that a man can command a lot of respect from this world just by being kind and honest. Though I had an inclination towards civil services since childhood, it was cemented by the collective influence of a lot of factors later in my life. And one such profound factor is undeniably Puneeth Rajkumar’s movie ‘Prithvi’.

I finally cleared my exam and was allotted the IAS in 2019 in my sixth attempt at the UPSC civil service examination. Incidentally, and as destiny unfurled, I was allocated the Karnatka cadre later in the same year. Today, I am serving as an Assistant Commissioner (AC) and Sub-Divisional Magistrate (SDM) of Ballari. ‘Prithvi’ was based on the issue of illegal mining in this same district of Ballari. My friend Dr Dheeraj Shyam, who watched ‘Prithvi’ with me back then, describes my present posting as ‘surreal’. But I would want to simply submit that it’s purely God’s grace. My good friend and batchmate Dr Gopal Krishna-IAS, who is presently AC of Dharwad, and batchmate Dr Nagarjun Gowda-IAS, who is presently working in Madhya Pradesh, were influenced largely by this movie too. None of us who herald him for his personality could believe the news of his sad demise that day.

Ballari district happens to be a place with its own special legacy with respect to civil services. Sir Thomas Munroe has served as the first Imperial Civil Services officer of Ballari province, which was back then under direct British rule. The district has witnessed the likes of brilliant IAS officers like Madam Gowri Trivedi and Sri Aditya Amlan Biswas, who have left a great administrative legacy here. Today’s DC of Ballari, Pawan Kumar Malapati, also has a lot to teach to young officers like me who are blessed to be working here today. Being in this service itself is such a fulfilling experience and all credit goes to the Almighty. And special credit to Puneeth Rajkumar for ‘Prithvi’.

Dr Rajkumar as we all know was a man of simplicity. This great personality trait of simplicity runs in the entire family, it seems. Yuva Rajkumar, grandson of the veteran actor, is a good friend of mine and I can appreciate this special trait in him too. The family happens to run an IAS/KAS institute, Dr Rajkumar Academy in Bengaluru, which aims to help/guide youths from the state in achieving their dream of joining the civil services. I just wish that a lot more youngsters could get more support to achieve their dreams and meet with success in all walks of life. Today, Puneeth is not with us for the first time during Kannada Rajyotsava, but he is alive in our hearts. Before I bid adieu with a heavy heart, I just wish he keeps smiling, like the beautiful way he does wherever he is right now.

Also Read: Behind Puneeth Rajkumar’s role as Collector in ‘Prithvi’…