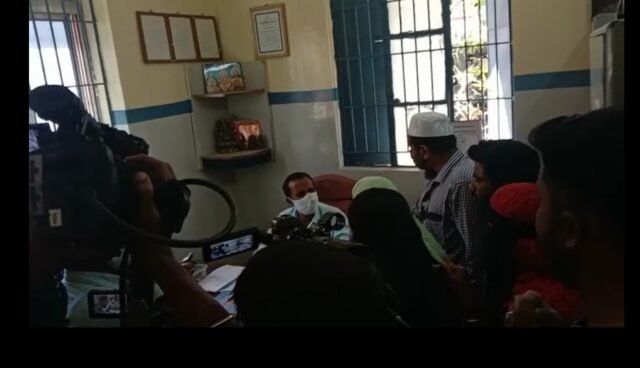 Tension prevailed at a private school here on Saturday after parents and students protested the use of alleged derogatory language by the management on its notice board, in connection with wearing Hijab in classrooms.

People gathered outside Vidyasagar English Public School in Chandra Layout this morning as they were irked at the language used in the message posted on the notice board.

It is learned that the teacher who had posted the message on the notice board has been placed under suspension.

The Hijab row is non-existent in Bengaluru as it is prevalent in other parts of the state, Shahabuddin, a parent told reporters here.

”This is a 20-year-old school, where Hindus and Muslims are studying together. At least 80 per cent of students in this school are Muslims. The quality of education here is very good here but, there is no Hijab issue here,” he said.

He alleged that a teacher had used a derogatory term referring to a section of students, which prompted the parents to protest. The agitation was held peacefully.

Shahabuddin appealed to the media not to blow the matter out of proportion as it was a local issue and Hindus and Muslims were having cordial relations.

Upon receiving information, DDPI, police and education department officials rushed to the spot to pacify the protestors. PTI