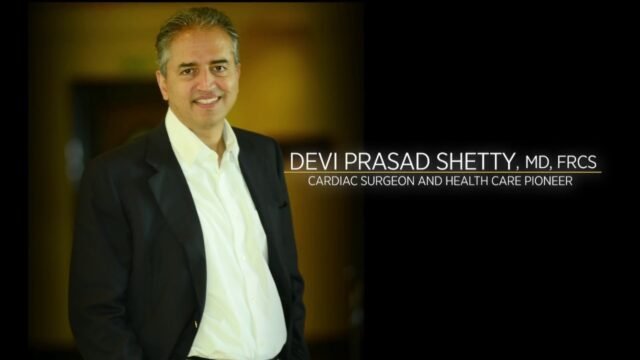 Stung by the fact that it was caught napping when the second Covid wave broke out in Karnataka, the state government has constituted a task force headed by Dr Devi Prasad Shetty, Chairman, Narayana Health, in anticipation of a probable third wave of the pandemic.

Addressing a presser on Thursday, Chief Minister BS Yediyurappa said, “The government of Karnataka is setting up a task force for the preparedness of a probable third wave of Covid-19 under the chairmanship of Dr Devi Prasad Shetty, Chairman, Narayana Health.”

Claiming that the current lockdown-like curbs in the state have brought Covid cases “under control”, Yediyurappa said, “We imposed restrictions on April 24, and further made them more stringent from May 10. As a result of these measures, Covid-19 cases are coming under control. From the peak of 50,112 cases on May 5, the cases have come down to 39,900 yesterday. (In Bengaluru on May 5, 23,106 cases were reported, which has come down to 16,286 on Wednesday.) In Bidar and Kalaburagi which have seen an early peak, the number of cases is coming down faster.”

Other points by CM in his presser:

● In March, 2020, the Department of Health and Family Welfare had only 1,970 oxygenated beds, 444 ICUs and 610 ICUs with ventilators. Today, the Department has more than 24,000 oxygenated beds, 1,145 ICU beds, 2,058 ventilated beds and 1,248 beds with HFNCs.
● Similarly, in the Medical Education Department the number of oxygen beds has increased from 4,700 to 9,405, ventilated beds from 341 to 646, and HFNCs from 15 to 570.
● We have given about 200 ventilators to private hospitals.
● We are also giving 70% subsidy to private medical college hospitals to increase the number of oxygen beds and set up oxygen generation units.

● The government has a 3-pronged strategy of increasing supply of liquid medical oxygen, massive scaling of localized generation capacity through oxygen generators, and large-scale procurement of concentrators and cylinders.
● The Centre has increased the allocation of oxygen from 965 to 1,015 tonnes. We are lifting the entire allocation given to us from within the state and making efforts to bring as much as possible from other states.
● We have received 40 tonnes of oxygen from Bahrain and another 100 tonnes from Kuwait. We have brought 120 tonnes of oxygen from Jamshedpur by rail.
● In anticipation of a 3rd wave, we are setting up 127 oxygen generation units in medical college hospitals, district hospitals and taluk hospitals. The details are as follows:
o 62 oxygen generation units are being set up using state government funds.
o 28 are allocated by the Government of India.
o 24 are being set up by the NHAI.
o 11 are being received under CSR.
o 2 have been given by foreign countries.
● For citizens in home isolation, Ola and GiveIndia are offering up to 1,000 oxygen concentrators on a refundable deposit, free of cost. A similar mobile oxygen convenience service, OxyBus has been launched to enable quick mobile repurposing of oxygen needs near government hospitals and triage centres.
● To help reduce the need for oxygen in districts and taluks, we are procuring upto 10,000 oxygen cylinders, We have already received 730 oxygen cylinders in the last 15-20 days — 380 from the Centre and 350 from foreign countries. These cylinders have been allocated to the needy districts.
● 3,000 oxygen concentrators have already been distributed across the state. An additional 7,000 concentrators, both from the government and CSR partners, will be distributed.

● The Centre is supplying vaccines for those above 45 years as well as for health workers and frontline workers.
So far, 1.10 crore doses have been supplied by the Government of India, of which 99.5 lakh are Covishield and 10.9 lakh are Covaxin.
● Overall, the state is preparing to procure 5 crore doses for the age group of 18-44 years. The state has placed purchase orders for 3 crore doses — 2 crore doses of Covishield and 1 crore doses of Covaxin. We are floating global tenders for an additional 2 crore vaccines.
● So far, we have received 8.94 lakh doses, including 7.5 lakh Covishield and 1.44 lakh Covaxin.
● 14.87 lakh beneficiaries have completed 6 weeks after taking the Covishield vaccine and are eligible for the 2nd dose. 5.10 lakh beneficiaries have completed 4 weeks after taking the 1st dose of Covaxin and are eligible for the 2nd dose. Thus, a total of 19.97 lakh persons are eligible for the 2nd dose as on today.
● It is necessary to complete the 2nd dose as early as possible to give full protection to those who have taken the 1st dose. Hence, we have decided to utilize the entire stock available with us for the 2nd dose of the eligible beneficiaries.
● The CoWin application was found to have certain limitations on where one chooses to be vaccinated, leading to chaos across centres. To better manage the vaccination process, we are coming up with a technology solution soon, post which we will relaunch the vaccine programme for the 18-44 age group.

● The Government of India has allocated a quota of 3.01 lakh Remdesivir vials for the period from May 21 to June 9. Against this, we have received 2.72 lakh doses. Notices have been issued to the companies who have defaulted in supplying their quota. Further, 2.74 lakh injections have been allotted for the period from May 10 16. Action is being taken to monitor the supplies on a regular basis.
● We have also requested the Government of India to allocate to us the unutilised quota of other states as the demand of Remdesivir is more in Karnataka.
● We have established a transparent system of gauging demand from private hospitals and coordinating supplies in a proportionate manner.