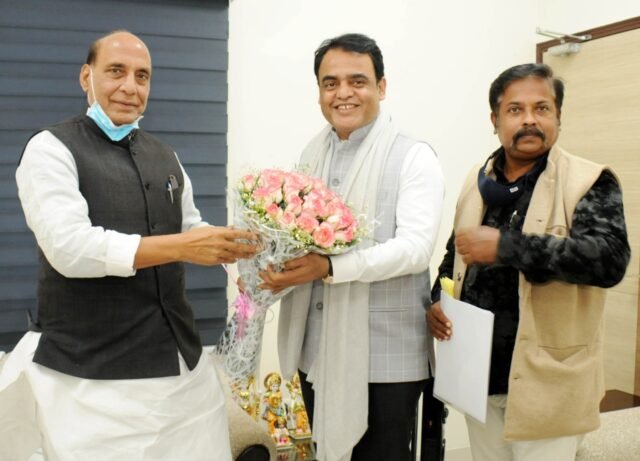 Karnataka Deputy Chief Minister CN Ashwath Narayan, who also holds the Electronics, IT/BT and S&T portfolio, in a meeting with Union Defence Minister Rajnath Singh in the national capital on Saturday, sought 750 acres of land belonging to the Defence department in Belagavi for the purpose of establishing an IT park.

Speaking to the media after the meeting, the Karnataka DCM said the land would be used for an IT park as well as to set up electronic hardware, aerospace and other manufacturing units.

The land, originally belonging to Belagavi village, is located near National Highway 4 and is ideal for the development of an IT park. Though the state government had sought repatriation of the land in November 2012, it continues to be in the possession of the Defence department, Narayan said.

Karnataka continues to be an IT/ITeS leader and has introduced a new IT policy recently to retain its top ranking in the industry. It has also initiated a ‘Beyond Bengaluru’ project with the objective of promoting IT/ITeS and electronics industries in regions outside the state capital. Handing over of the Belagavi land would further enhance the growth of the IT-related industry, he said.

Belagavi has several prestigious higher education institutes such as IIT-Dharwad and KLE. It also has an ecosystem conducive to the development of the IT/ITeS industry. The proposed IT park aims to generate 60 lakh direct and indirect jobs and has been a long-standing demand of political representatives of the region, Ashwath Narayan pointed out.

Abhay Patil, MLA from Belagavi South, was present at the meeting with the Union Defence Minister as well as at the Karnataka DCM’s media briefing.