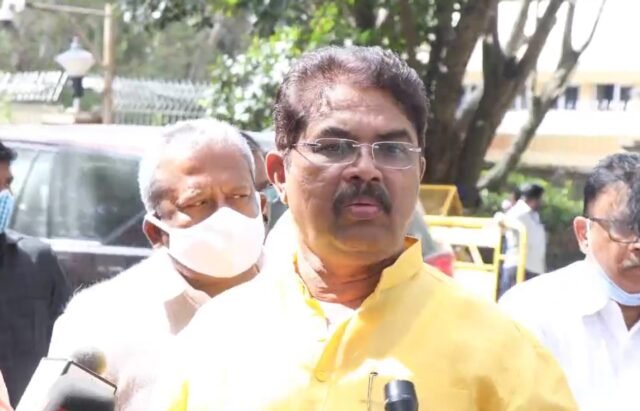 With the sudden spike in daily COVID-19 cases in Karnataka and the new infections breaching the 1,000 mark on Saturday, a state minister indicated that the government is mulling ‘tough rules’.

The government has imposed night curfew from 10 PM to 5 AM till January 7 in order to check the spread of the disease.

”We will convene a meeting and announce some tough rules before January 7 when the night curfew will be lifted,” Karnataka Revenue Minister R Ashoka told reporters.

Elaborating, Ashoka said a government panel on COVID-19 in which he, Higher Education Minister Dr C N Ashwath Narayan and Health Minister Dr K Sudhakar are part of would convene a meeting before January 7.

He also said that the expert committee on health will also brief Chief Minister Basavaraj Bommai on the measures to be taken.

”We will implement the recommendations of the committee in toto because we have seen the sufferings and deaths last time,” Ashoka said.

The Minister explained that the government will not leave any loophole this time in terms of oxygen supply, availability of beds or medicines.

Stating that an atmosphere of third wave is already built in the country, Ashoka said the spike in infections in Karnataka was a serious issue.

The state witnessed sudden a spike in coronavirus infections when 1,033 cases were reported on Saturday. Three months ago on September 9, 2021, the state had last reported over 1,000 cases.