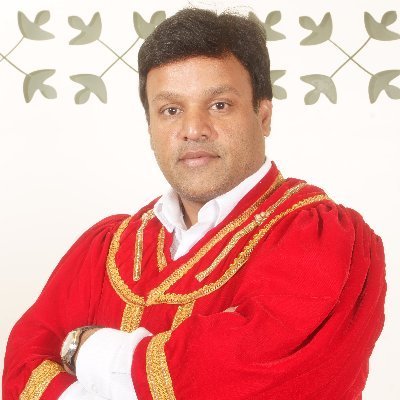 Despite the clear stand of two senior IAS officers in BBMP — Commissioner N Manjunatha Prasad and Special Commissioner (Projects) Manoz Jain – that there have been violations in the use of funds under the Central government’s 14th Finance Commission project for civil works in Bengaluru — the Shantinagar executive engineer has gone ahead and submitted bills for three completed projects which were executed through KRIDL. Altogether, 26 civil works worth Rs 40 crore are being executed in former Mayor M Goutham Kumar’s Jogupalya ward by two contractors through KRIDL.

As per the 14th Finance Commission guidelines, it is mandatory to invite tenders through e-procurement before any civil works are taken up, but the erstwhile BBMP Council led by the BJP’s Goutham Kumar awarded projects to KRIDL, as per its resolution of May 28, 2020.

Moreover, the Karnataka High Court had in March imposed a ban on execution of any project through KRIDL. BBMP Commissioner N Manjunatha Prasad too had issued an order on June 10, 2019, directing his team to not execute any works through KRIDL, specifically projects under the 14th Finance Commission and Swachh Bharat.

Documents accessed by TheBengaluruLive show that even after Prasad’s directive, the Shantinagar executive engineer had submitted three bills, whose payment has been blocked by the online system.

The three bills which were turned down are:

The case worker maintained in his report while returning the payment files on December 15: “Returned by CAO as per Commissioner order No 69 dated 28-04-2020, assigning the works to KRIDL has been restricted. As entered in IFMS, the work order date of this work is beyond the date of Commissioner order. As per the direction of Commissioner in e-office file No 7722, task is returned.”

TheBengaluruLive had exposed the scam in two reports under the headline, ‘Rs 95.54 crore civic works pushed through sans tenders‘, and had also highlighted the point that ex-Mayor Goutham Kumar was the ‘key figure in the scam involving flouting of Central guidelines’, wherein Rs 40-crore worth of civil works was undertaken in his ward through KRIDL in violation of the norm calling for tenders.

Later, on the directions of Commissioner N Manjunatha Prasad, another IAS officer Manoz Jain submitted his report in which he endorsed TheBengaluruLive expose of Central funds’ misuse in BBMP works in Goutham Kumar’s Jogupalya ward that was implemented by KRIDL sans tenders – a violation of the 14th Finance Commission guidelines.