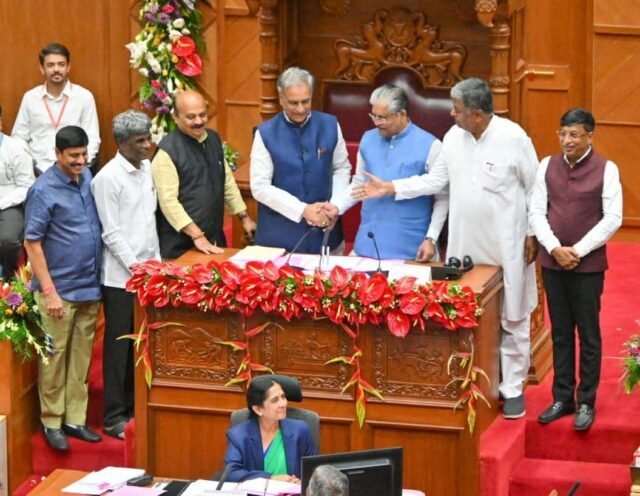 The 76-year-old eight time MLC had ended his long association with Janata Parivar and resigned from the Janata Dal (Secular) as well as the Member of Legislative Council in May this year, two months before his tenure was to come to an end. He later joined the BJP. With the BJP enjoying majority in the 75-member House, the Congress and JDS had opted out of the race. In absence of an elected Chairman, Raghunath Rao Malkapure was serving as pro-tem Chairman.

Horatti’s family members were present in the visitors’ gallery at the ‘Suvarna Vidhana Soudha’ here, where the legislature session is being held, when he assumed charge.

Chief Minister Basavaraj Bommai and Ministers in the Karnataka government were among those who greeted him on the occasion. PTI