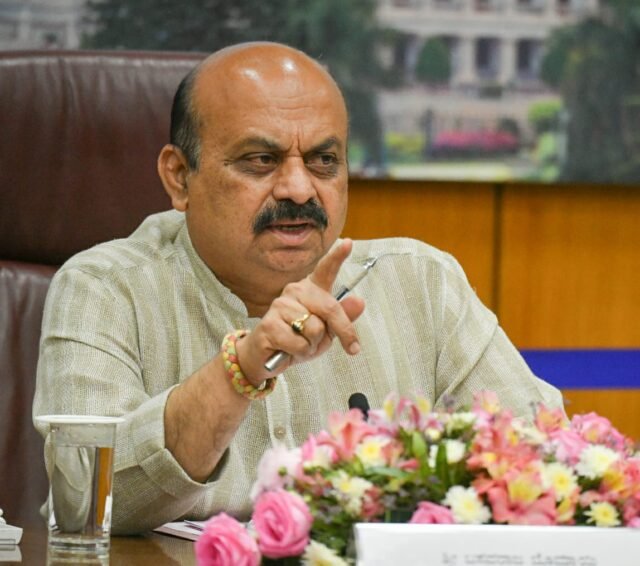 Why is BBMP’s revenue wing acting like a Shylock by pressuring Bengaluru’s honest taxpayers to cough up a penalty and revised property tax amounting to (what is for the civic body) a meagre Rs 400 crore when it can easily ask citizens to revisit and refile the property tax? In fact, BBMP can take a leaf from the Income Tax department, which allows taxpayers to correct their I-T return if it has been filed wrongly.

TheBengaluruLive is, through this story, trying to provide an eye-opener to some bureaucrats who have come on deputation from another state to BBMP’s revenue wing and are not able to find a mutually beneficial solution to the 78,524 honest taxpayers who have been wrongly targeted for no fault of theirs by revenue officials.

The background to the current fiasco is that in 2016, BBMP revised the Unit Area Value so that residential rates were increased by 20% and non-residential rates by 25%. The capping of the zonal classification to the next higher zone was continued in cases where there was an increase of more than one zone.

The SAS 2016 process was completely online, including the declaration by property taxpayers of details such as usage, zonal classification, measurement, occupation, etc., to compute the payable property taxes. With the enhanced rates and at least one higher zonal classification in SAS 2016, the new property taxes roughly increased by 30% to as much as 100% in a few cases. Subsequently, a modified order was issued by BBMP in June 2016 which capped the increase in property taxes for residential properties to 20% and non- residential properties to 25%.

Prior to the modified order of June 2016, many property owners had availed of the 5% rebate facility which is usually given in the months of April and May of every financial year. Property owners who paid before the implementation of the June 2016 order either underpaid or overpaid their property taxes. TheBengaluruLive would like to bring to the notice of BBMP’s revenue officials that they should have immediately brought the filing errors to the taxpayers’ notice for rectification and repayment of the property tax. But the entire team of officials slept over the issue for four years and have woken up now to impose a 2% penalty every month for four years.

Experts say a pro-citizen course of action for BBMP would be to allow these taxpayers to refile their property tax and pay the difference amount.

The notice also states: “Further, please note that apart from the discrepancy detailed in this notice, if the undersigned anytime subsequent to this notice gets evidence of any other discrepancies in the filing of the self-declaration return, further action as per law will be initiated.”

The notice implies that BBMP officials can verify the property anytime without any timeline (no ‘on’/’before’ date) and issue notices according to their findings, asking the property owner to pay the difference amount with penalty and interest.

Though BBMP had enough time to map each street for the applicable zonal classification from 2016 onward, the process was completed only in 2020. Had this process been completed earlier, taxpayers would have not have to contend with the current draconian order on penalty and interest.

As the zonal classification was notified by BBMP, it could have been integrated into the property tax application, obviating any wrong declarations, and avoiding the citizens’ uproar over the penalty and interest.

Taxpayers who have received such notices have approached BBMP asking it to permit them to pay the difference amount and waive the interest and penalty. However, the BBMP Revenue Department has moved a proposal to exempt only the penalty while the interest has to be paid in full up to the date of the property tax payment.

The proposal does not say anything about the property owners who have accepted the notice and made the payment of the entire total difference in tax as well as penalty and interest.

BBMP should keep in mind that the more time it takes to decide the issue, the interest amount will keep mounting, so an early resolution will be a win-win situation for the civic agency.

What is particularly harsh is that during this Covid-19 pandemic period — when many businesses have closed and many families are struggling for survival, and when even the state government has exempted industries and single-screen cinema theatres from payment of property taxes — BBMP is punishing mainly residential property owners by levying enormous penalty and interest amounts for the ineptitude of its own revenue officials.

Since September 2020, BBMP has been functioning under a Commissioner and an Administrator (both IAS officers) in the absence of elected representatives. Apparently, the bureaucrats at the helm are trying to play safe and not take any decision on providing exemption to honest taxpayers from having to pay penalty and interest.

Former Deputy Chief Minister Dr CN Ashwath Narayan, who is currently holding the Higher Education portfolio, had held two rounds of talks with BBMP’s revenue officials and directed them to exempt taxpayers from paying penalty and interest. But apparently his efforts have fallen on deaf ears.

What BBMP is asking

Though the process of declaration and payment of property taxes was made online in 2016, BBMP failed in mapping each street for the applicable zonal classification.

The mapping process was completed during 2020, leading BBMP to issue notices to properties that had declared a lower zonal classification leading to a wrong declaration and underpayment of property taxes.

All such cases have been issued notices during June/July 2021, though the notices were generated during Jan/Feb 2021.

What should also not be forgotten by the authorities is that the taxpayer — not finding his area/street in the huge list in the notification – might have declared a lower zonal classification, or he might have taken the help of the BBMP revenue department staff for finding the zone and been given a wrong classification, leading for no fault of his to the underpayment of property tax..