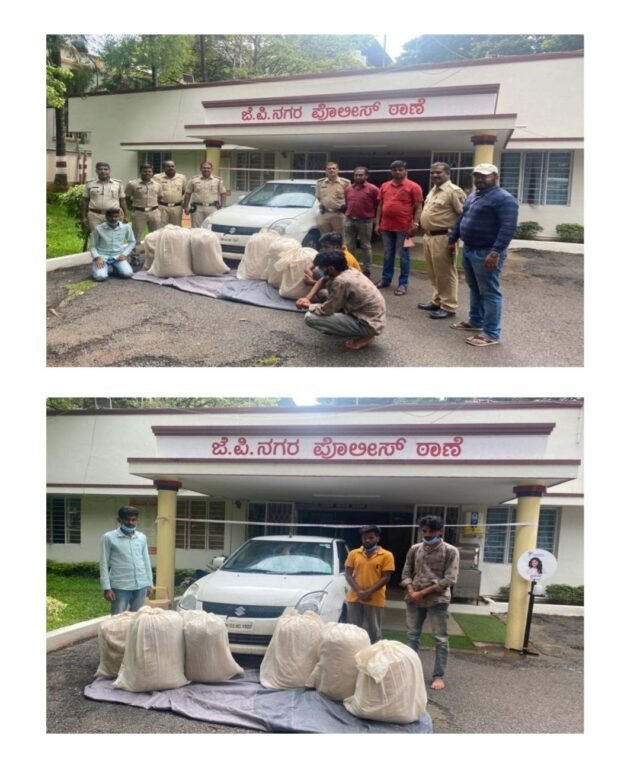 2 accused had transported drug from Telangana via Bidar

The JP Nagar police have arrested 2 persons from Telangana, and seized 127 kg of marijuana worth Rs 76 lakh that was transported from Telangana through Bidar.

The accused have been identified as G Kiran and Mahipal. The arrests were made following information from another accused, Asgar, who was earlier arrested. Along with the marijuana, three mobile handsets and a Swift car were seized.

Coming week crucial in fight against drugs, agencies & laws will be strengthened: Home...

Work on Kempegowda statue at KIA to start on June 27