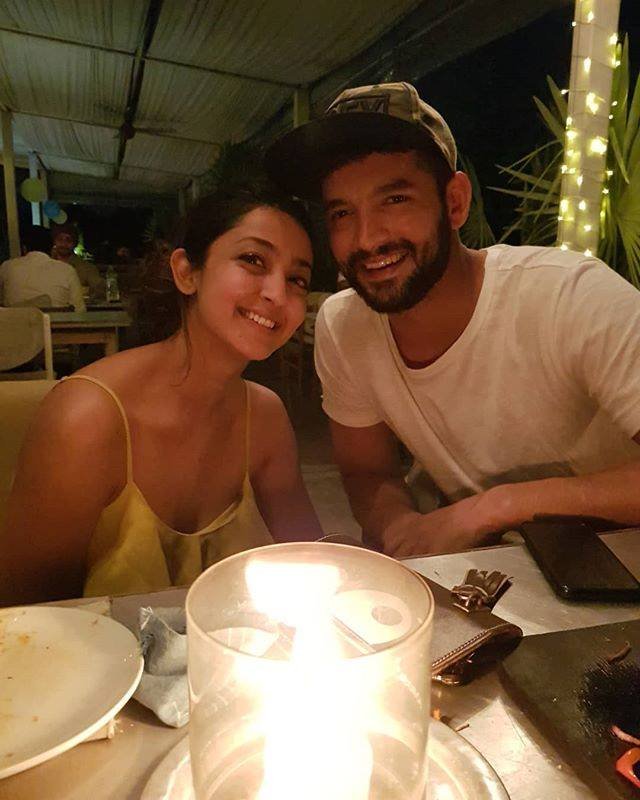 The CCB police have spread their net wider in the Sandalwood drug case by issuing a notice to celebrity couple Diganth and Aindrita Ray on Tuesday. The duo have been told to be present at the CCB office at 11 am on Wednesday.

Aindrita was present at a party at Balis Casino in Sri Lanka, hosted by Sheikh Fazil, the main accused in the drug case. She had posted a video of the event as well as photos along with Fazil on her social media account.

Sandalwood actresses Ragini and Sanjana have already been arrested in the drug case. Ragini has been remanded to 14 days in judicial custody, while the CCB police have custody of Sanjana for 3 more days.

The CCB’s notification to Diganth and Aindrita has given rise to speculation that more people in the film industry are involved in the drug network.

Meanwhile, speaking to the media, Aindrita said, “There is no direct contact with them. I went to the birthday party of Arbaaz Khan in Bengaluru. Fazil was also there. But I am not in contact them and never met them again.”

“There are cinema-related parties held in Sri Lankan casinos. We are invited. It is natural to take a photo when you go there. Not everyone’s background can be questioned. It is okay to interrogate us,” she said.

Diganth tweeted, “We will be appearing to a telephonic notice sent by the CCB tomorrow at 11 am. We will fully cooperate with the ongoing investigation.”

Aindrita tweeted, “We have received a telephonic notice from the Central Crime Branch for an ongoing enquiry at 11am tomorrow. We will be present and fully cooperate with the CCB.”