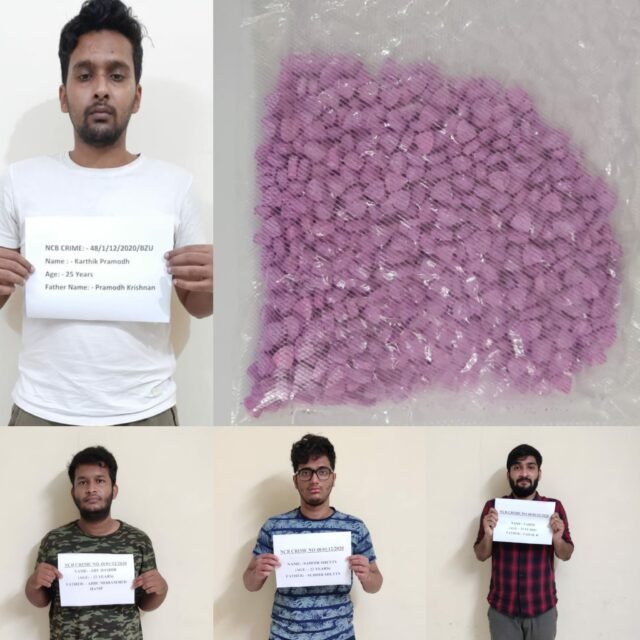 The Narcotics Control Bureau (NCB), Bengaluru recently arrested 4 persons following the seizure in July of a parcel from the Netherlands containing 750 MDMA tablets. The contraband had been ordered through the dark net and payment was made with bitcoins.

On July 30, the parcel was intercepted at the foreign post office. It contained 750 tablets, weighing 142 grams, of MDMA.  Despite the fact that no consignee was mentioned on the parcel, detailed analysis by the NCB led to the arrests on September 24 of all the syndicate members, including the consignee K  Pramodh, Fahim, A Hashir and SS Shetty.

The alleged mastermind, Fahim, ordered drugs from the dark net by paying in bitcoins. He allegedly sold the drugs to college students in Udupi, among other places in the country.

The investigation was carried out by Amit Ghawate, ZD/Bengaluru, and IOs Vivek Kumar Pandey, Pradeep Kumar and Sunil Parewa.